Please also note: Raploch Campus gym will be closed on Friday 3 June 2022 for a Bank Holiday. 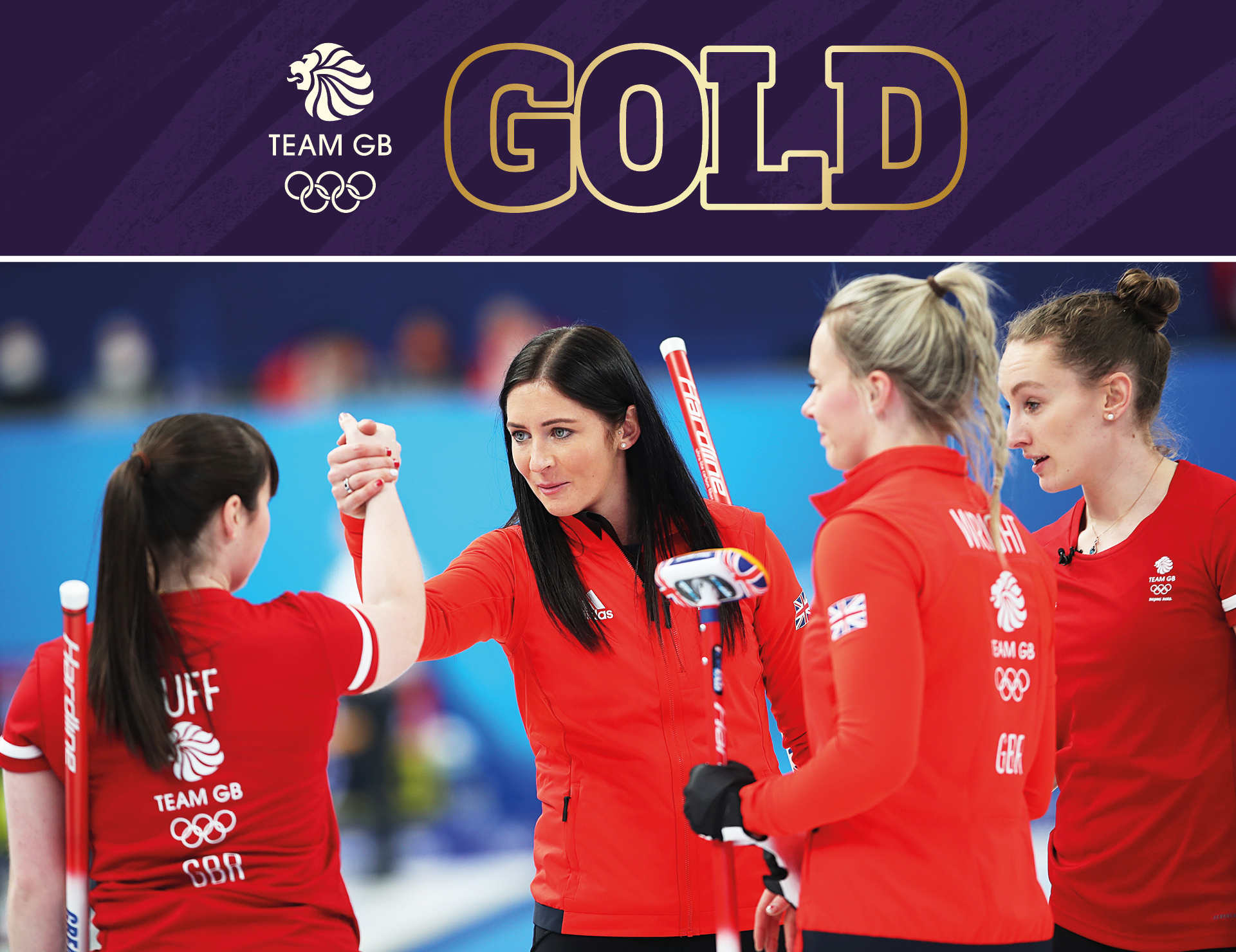 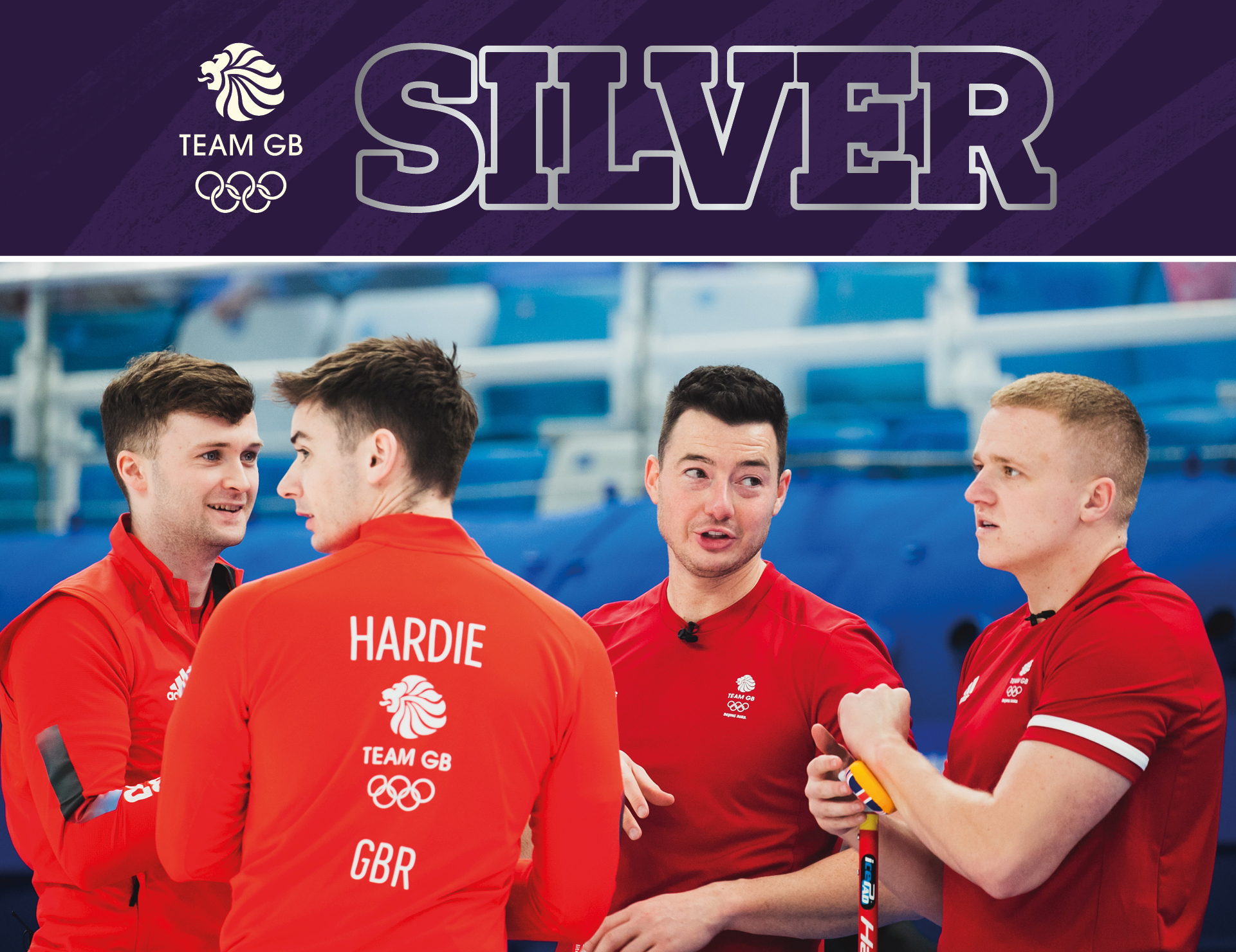 What a historic and monumental result in a weekend for Team GB Men and Women’s curling teams as they secured silver and gold medals in the gripping finals of the Beijing 2022 Winter Olympics.

Both finals were captivating and fiercely fought, as the nation first watched Team GB Men’s curling team narrowly missing out on a historic curling gold medal after being beaten 5-4 by Sweden in a tense and dramatic men’s final. The loss was hard for the British men’s team to bear, despite them being Britain’s first medallists of the Games, taking silver.

Both Team GB Men’s curling and Team GB Women’s curling train at the National Curling Academy based in Stirling, at Stirling Sports Village. The National Curling Academy opened in 2017 and gives a world class training environment for British Curling athletes to thrive and succeed. This dedicated facility has allowed British Curling to stay at the forefront of the sport with the ability to give all athletes from the Olympic Podium, Podium Potential, Paralympic and Performance curlers year-round access to high quality ice, previously not available in the UK.

This ice is prepared by a highly skilled team of experienced ice technicians at Active Stirling who are responsible for the maintenance and preparation of the world class training environment. The playing conditions aim to replicate those at international competition level to provide athletes with year-round exposure to competition standards.

All their hard work and effort in training has paid off as they delivered Team GB’s only podium places. Thomas Mann, Active Stirling’s General Manager added: “On behalf of everyone at Active Stirling we are delighted with British Curling’s success with Team GB over in Beijing and congratulate all ten players that make up Team Mouat and Team Muirhead along with the entourage behind the scenes who have all contributed to the medal delivery. We all know the challenges the pandemic has caused within the Olympic cycle but through collaboration and partnership working we were able to return the performance programme at the earliest possibility and the weekend’s success has made it all worthwhile”.

Hammy McMillan from Team GB men’s curling team is also Active Stirling’s well respected Curling Development Officer. Hammy as well as competing on the world stage and demonstrating the incredible success his passion and dedication to the sport brings, Hammy also invests a huge amount of time and effort into bringing the world of curling to Stirling and encouraging as many people as possible, of all ages and abilities, to fall in love with the sport and get involved. Hammy has also played a key role in the promotion and return of Curling in general in Stirling as the sport recovers from the impact of the global pandemic.

Convenor of Stirling Council’s Community Planning and Regeneration Committee, Councillor Chris Kane, said: “The whole Stirling area was fully behind both our women and men’s teams, and we’re immensely proud of the talent, determination and grit shown throughout the competition that culminated in silver and gold medals.

“The success of our teams in Beijing is sure to spark a lot of interest in curling and we hope that even more people take up this fantastic sport. Stirling Council has been working hard to encourage more people to take part in sport, as well as make sure that everyone in the Stirling area has the opportunity to lead a healthy, active lifestyle.”

Vice Convenor, Councillor Scott Farmer, said: “Stirling Council is aiming to change lives through sport, physical activity and healthy living by making Stirling one of the best places to be active in Scotland.

“We have made a commitment to support access to physical activity and sport for everyone in the Stirling Council area. We can all be inspired by the fantastic success of our curling teams to take advantage of the wide range of opportunities available in Stirling to be active, participate in sport and live well.”

“Congratulations to Team Muirhead and Team Mouat on their very well-deserved Olympic success. These athletes have shown resilience, commitment and mutual respect and these medals are a fantastic reward for their hard work and determination. They are terrific role models for the next generation, and we hope they will inspire more young people to make sport and physical activity a part of their daily lives.”

"The creation of the National Curling Academy (NCA) has been a game-changer for British Curling, the evidence of that has been seen in the medal success in Beijing that has resulted from using a world-class facility for a full Olympic cycle since the NCA opened in 2017.

We have extremely talented athletes, who are supported every day by a range of expertise within the backroom staff - coaches, sports scientists, analysts, strength and conditioning and medical staff who help drive a winning high-performance culture.

Staging events in the NCA and the reaction to our facilities from international teams who have taken part in them, including World and Olympic Champions has only reinforced our belief that this facility has given us a significant competitive edge.

We are consequently deeply indebted to our partners, Stirling Council and Active Stirling who helped make this happen and hope they are taking as much enjoyment and satisfaction from our athletes' extraordinary successes as we have at British Curling and we look forward to our Paralympians taking to the world stage next month who will hopefully inspire many more to try our truly inclusive game."

Active Stirling and The PEAK can’t wait to welcome both teams’ home to meet the champions and see their medals.