Over the weekend of Friday 8th to Sunday 10th July 2022, Jonesy's Boxing Club hosted their inaugural 'William Wallace Box Cup' event, at St Modan’s High School. This is the first annual event of its kind in Scotland, hosted by a Scottish club, and welcomed 64 teams from across the UK and Europe to a weekend of extremely high-level boxing.

The Plean based club's volunteers had planned for the event to take place in 2020 but the global covid-19 pandemic stalled the event to this year. This however, allowed the club to run a flawless event from start to finish with immense feedback from participating clubs and boxers. The event was subject to last minute call offs, but the team made sure all travelling boxers got a bout which was welcomed by the coaches and boxers. The travelling teams also enjoyed sightseeing around historic Stirling, with many capturing photographs at Stirling Castle and the Wallace Monument.

The tournament saw over 180 bouts, and 64 finals being contested, with representatives from many clubs taking home gold and silver medals. Jonesy's Boxing Club had their own success at the event with boxers, Lee Welsh, Ahmed Saleh, Colin Cairney and Tamsin Quigley taking home golds as well as Dean Montgomery, Stephen Steadwood, James Jones, and Zack McGuckin taking home silver medals. Patrick Young was also in action but just lost out in a very tight semi-final that could have gone either way. All bouts across the weekend were cheered on by fantastic crowds with great sportsmanship and fairness shown throughout. 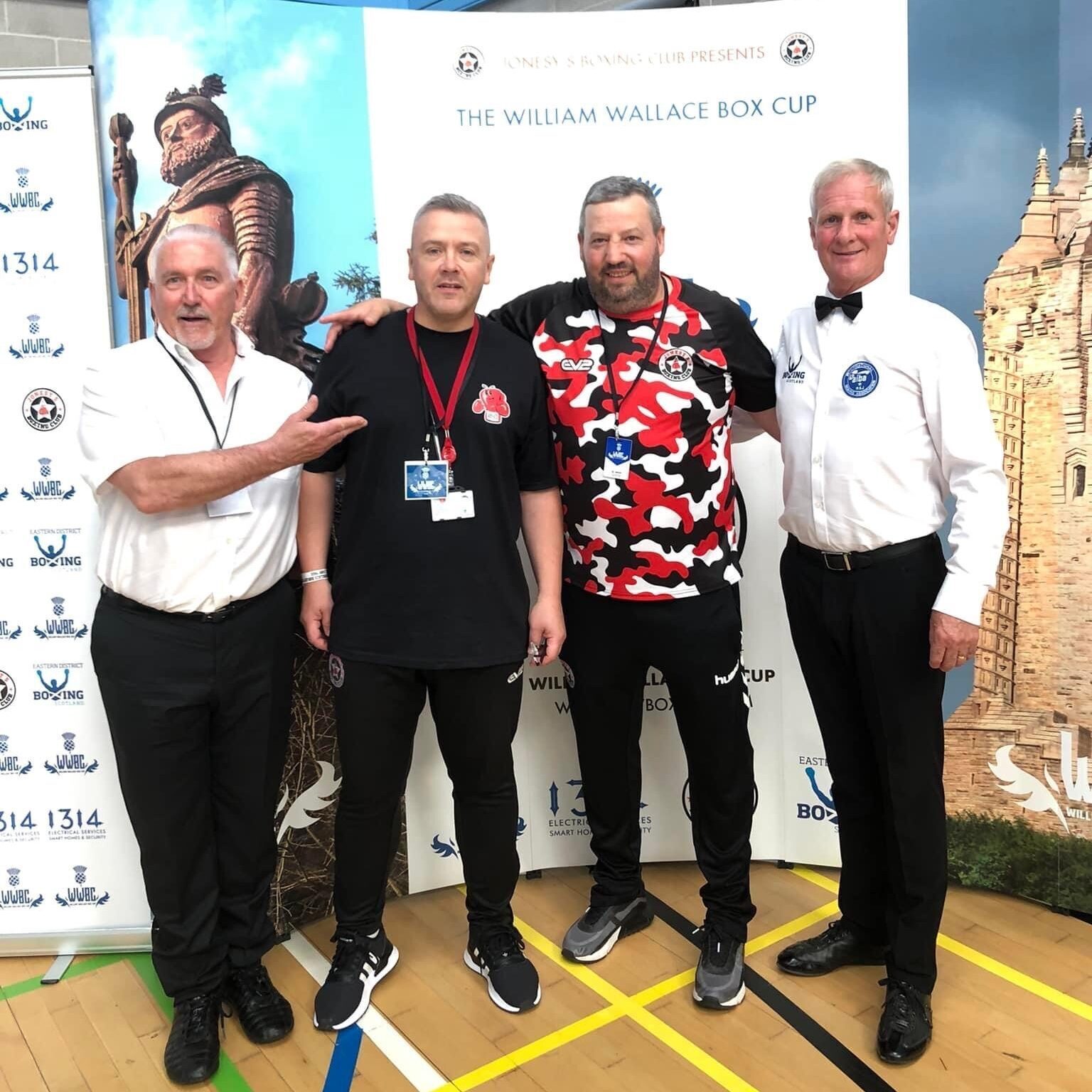 What a fantastic weekend of boxing. Well organised and well run, it was an absolute pleasure for Springhill Boxing Club to be part of the inaugural ‘William Wallace Box Cup.

The event has been praised by all with the events Facebook page receiving huge praise and respect for the club's volunteers, organisers, and providers such as the O'Doom Brothers who offered photography, social media content, whilst streaming all bouts on the Recast App. The event was supported by Jab Forms who managed the tournament and Seconds Out Fight Store were in attendance for spectators and boxers alike to purchase boxing equipment and clothing.

The Club, as always, have delivered a fantastic product in the ‘William Wallace Box Cup’ which has gathered huge traction and praise due to it being so well organised and the attention to detail. Well done to all involved and I look forward to the next event.

The 2nd annual 'William Wallace Box Cup' is planned to take place on the weekend of Friday 7th July – Sunday 9th July 2023 where the club are very excited to welcome back those who competed this year, but also new clubs and boxers. The club would also like to thank all the event's sponsors for their massive assistance in getting the cup up and running. 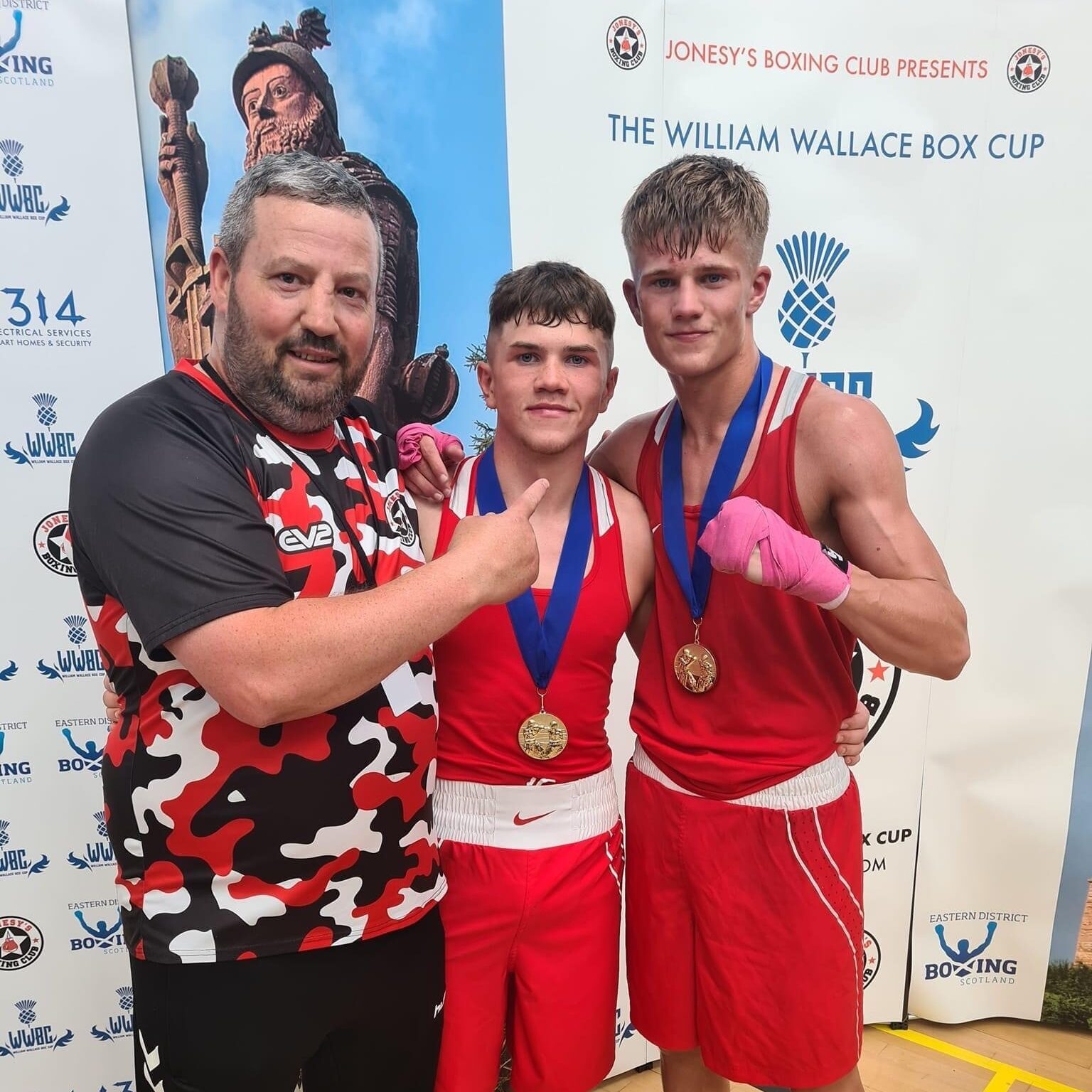 Jonesy's very own John Casey started off his pro career with a very convincing display against ex-Scottish Champion Marek Laskowski at the Crowne Plaza, Glasgow on Saturday 11th June 2022. The Plean based boxer, debuted at super lightweight and is part of the Kynoch Promotions stable. John is a very experienced boxer with over 60 amateur bouts, representing Scotland many times including appearances at the Youth Commonwealth Games, European Championships and won several international honours. The newly turned pro is one to watch with his second fight scheduled on October 1st on the 'No Easy Way Out' event at the electric Paisley Lagoon Centre, tickets are available from his website jcboxn.com.

I am looking to emulate what my uncle, Frankie Jones, did and win the British Lonsdale Title and continue to compete at the highest level.