Please also note: Raploch Campus gym will be closed on Friday 3 June 2022 for a Bank Holiday.

The Kippen based team, who currently play in the Central Scotland Football Association League, were undefeated in the round robin section having faced teams from Northern Ireland, England, and the Republic of Ireland. It allowed them to proceed to the semi-final of the competition where they faced the tournament favourites, Lurgan Town FC from Northern Ireland.

The team secured a fine 3 nil semi-final win over Lurgan Town. This took GSR to the final where they faced Parkvilla FC from the Republic of Ireland. Despite the loss of 3 players to injury and their keeper having to come off at half time, GSR looked the more likely to score as the game was played at a frantic pace in the Easter sunshine. It finished 0-0 and went straight to penalties with GSR winning 5-4 in the shootout, to bring home the prestigious Blackpool Cup. 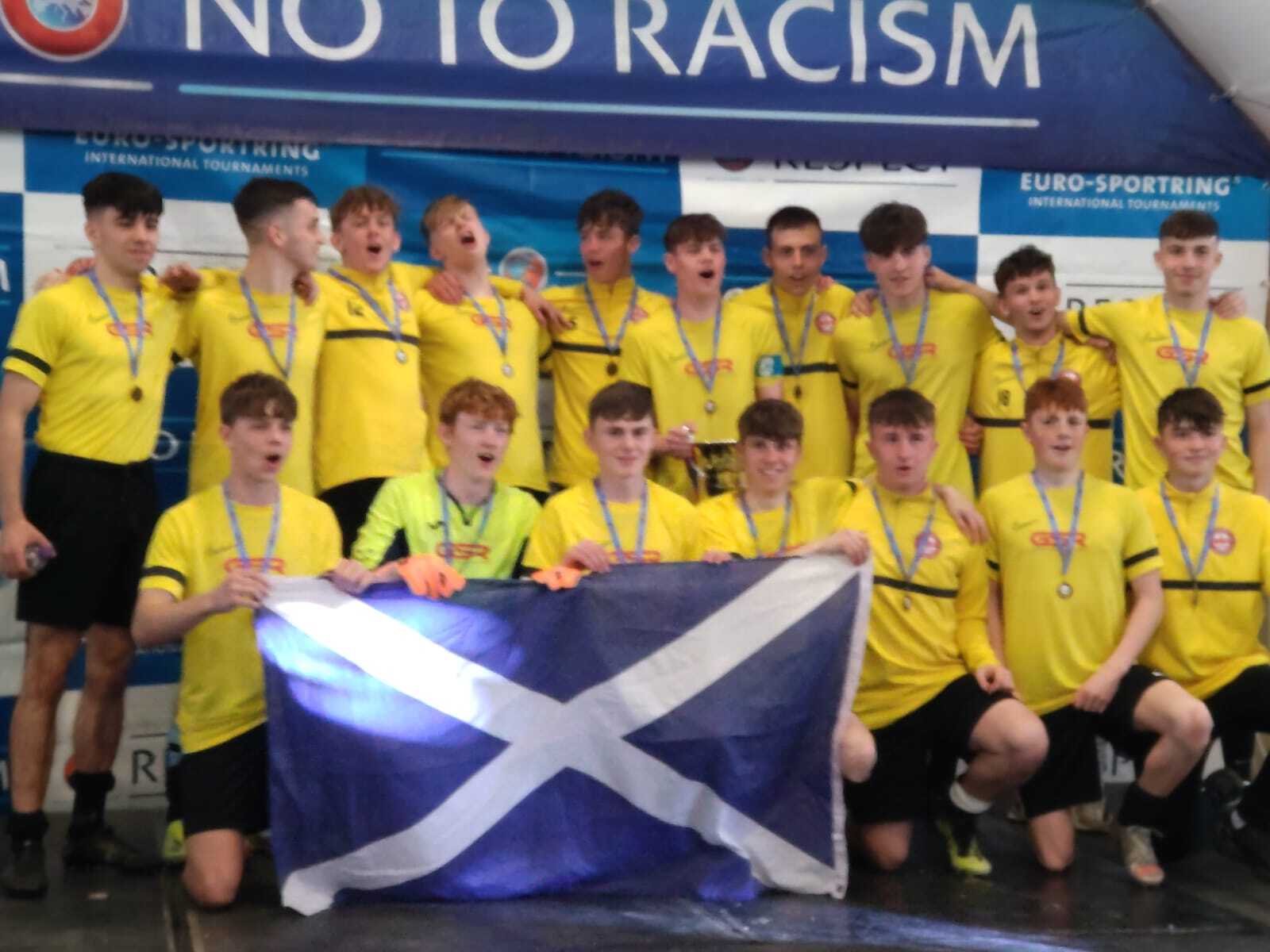 It was a fantastic achievement for the team and showed great character and resolve to play 5 games over the two days and be undefeated in all of them. I am really proud of the achievement for everybody involved in the team.

We know we have some quality players in the team; but it is never easy in tournament football to bring everything together at the right time. It is a testament to the work of the coaching staff that they managed to get the most out of the team when it mattered most.

We are extremely proud of the club’s success at The Blackpool Cup. At Active Stirling we are proud to support clubs across Stirling through their affiliations with our partner, ClubSport Stirling. GSR Central Academy comprising of boys from across Stirlingshire, many of whom hope to secure a scholarship to American Universities. The team played some of their best football since their earlier season Scottish Cup run that took them to the Quarter Finals. I would like to wish the team continued success for the future.

Find out more about ClubSport Stirling